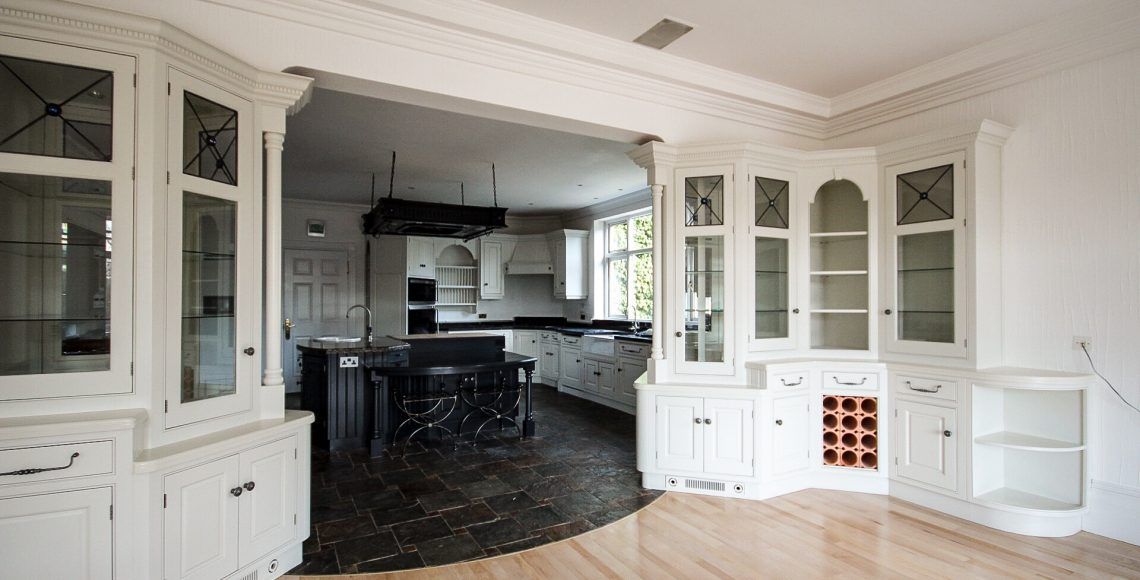 The home owners of this very large and fabulous kitchen needed to update it before they put the house upon the market.They had been searching for a kitchen cabinet painter whittingham preston lancashire  A new kitchen would of cost tens of thousands so that wasn’t an option.

Having already seen a kitchen that we had done in Alderley Edge. Being impressed they realized that this was a better option for them. They got in touch and I was invited round to have a look, this kitchen was stunning. The kitchen itself was an in frame one with the hinges visible on the front. We discussed the removal of them for the more modern cabinet hinge which would change the look for the better.